This year has been an interesting one in Canadian politics, especially since it involved two of the major parties agreeing to work together wherever possible. Canadians doing everything right, still struggled with rising inflation throughout the year. Our cooperation ensured those that needed help the most were able to access federal government relief.
more »
Share Share

Canada Dental Benefit: How to Apply

Applications for the 1st stage of the NDP dental plan are now open for eligible parents with children 12 and under. This interim step will provide funds for dental care while we work to complete the permanent plan.
more »
Share Share

Come work with us! 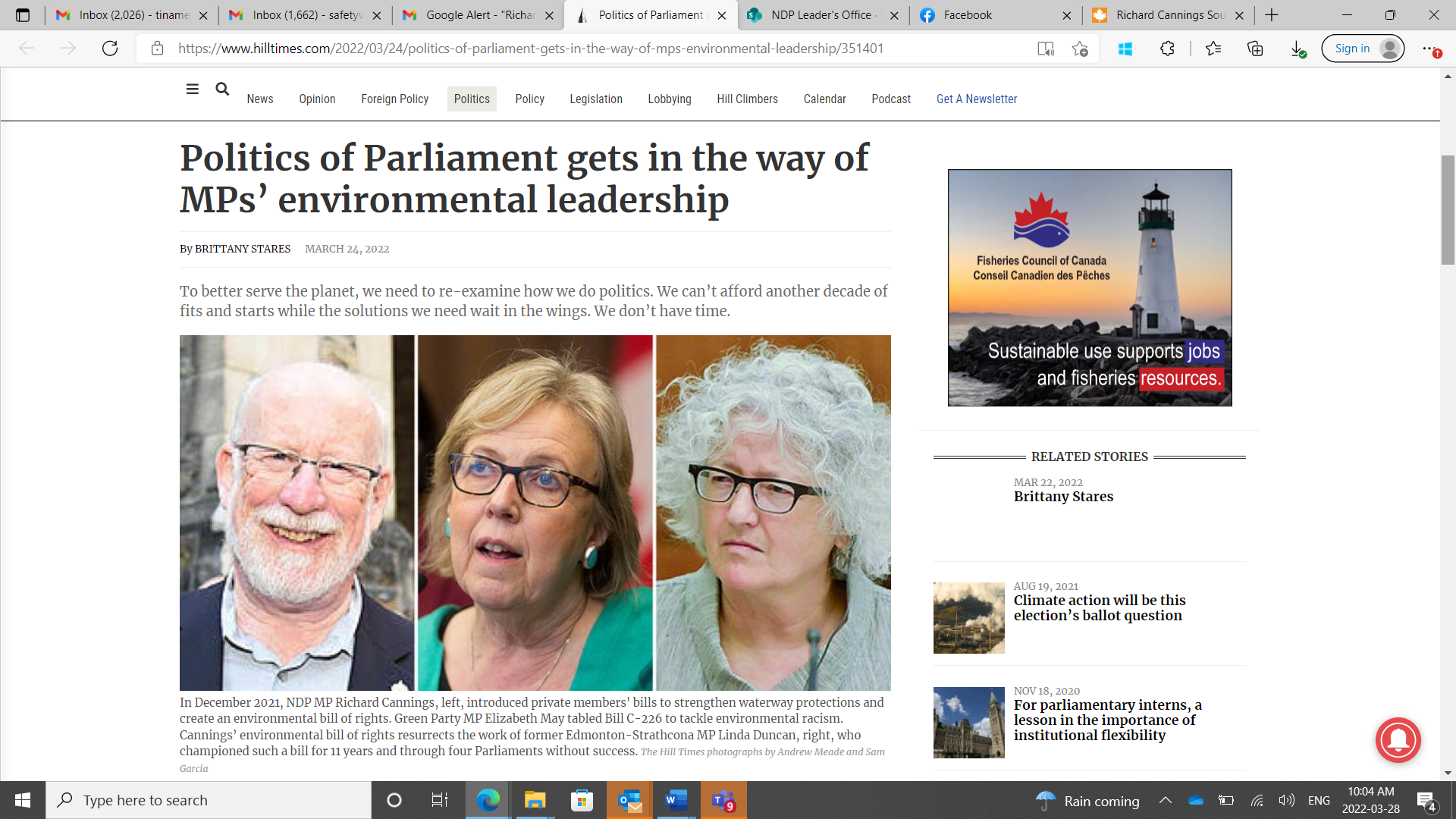 Politics of Parliament gets in the way of MPs’ environmental leadership 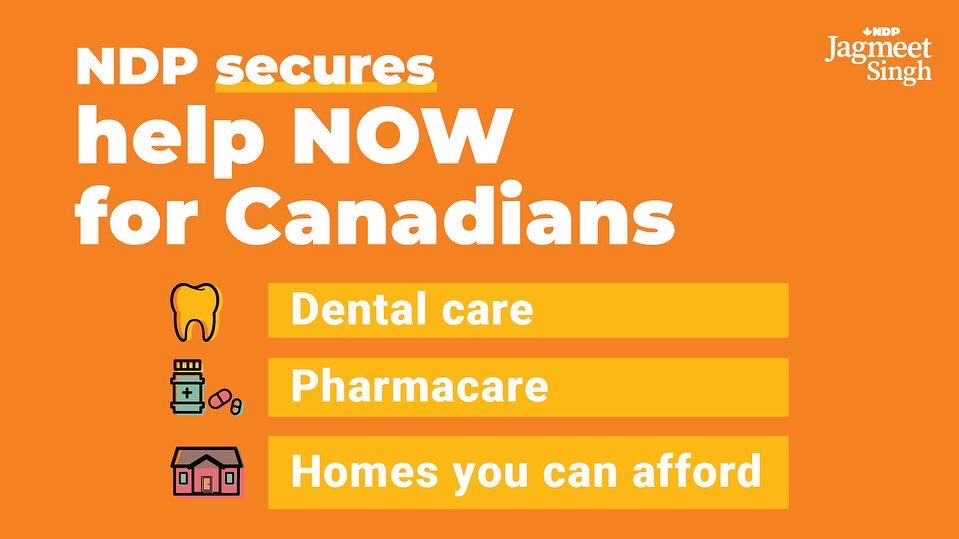 Dental Care. Pharmacare. Affordable housing. Better seniors care. Climate action. These are the top concerns of people on almost every doorstep I’ve ever been on. This past Wednesday, NDP Members of Parliament used their power to deliver the biggest expansion of health care in a generation.
more »
Share Share 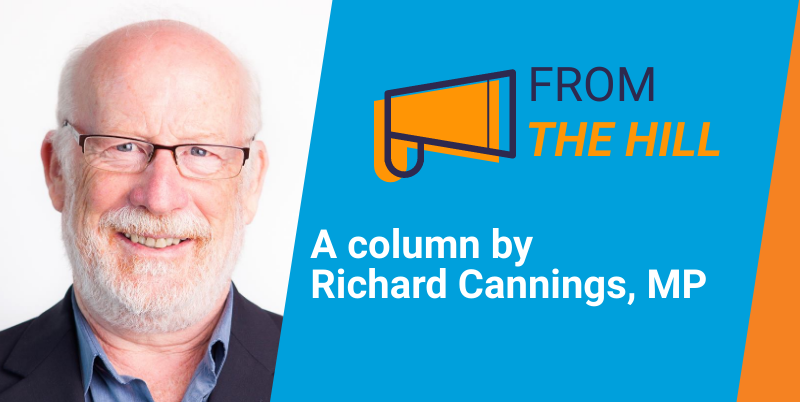 The enemy facing us is COVID, not the mandates

I’ve been in Ottawa for the past nine days, in the centre of the protest by the “Freedom Convoy.” My offices have been flooded by emails and phone calls on both sides of this issue, so I want to make it clear where I stand and why.
more »
Share Share

Return to the hill

Parliament began sitting again this Monday, facing its first full agenda since the late summer election.  Most committees will be meeting for the first time and we will see the first Private Member’s Bill debates.  I’d like to highlight some of those Private Member’s Bills in my upcoming columns, since some could produce important new legislation that makes Canada a better place for all or, at the very least, send powerful messages to the government.
more »
Share Share

A look back and forward

This is traditionally a time to look back on the year that was and forward to the year to come.  Since 2021 wasn’t anyone’s favourite year with a pandemic, climate disasters, an opioid crisis, housing challenges and more, I won’t dwell on its shortcomings but instead concentrate on my hopes and plans for the future.
more »
Share Share 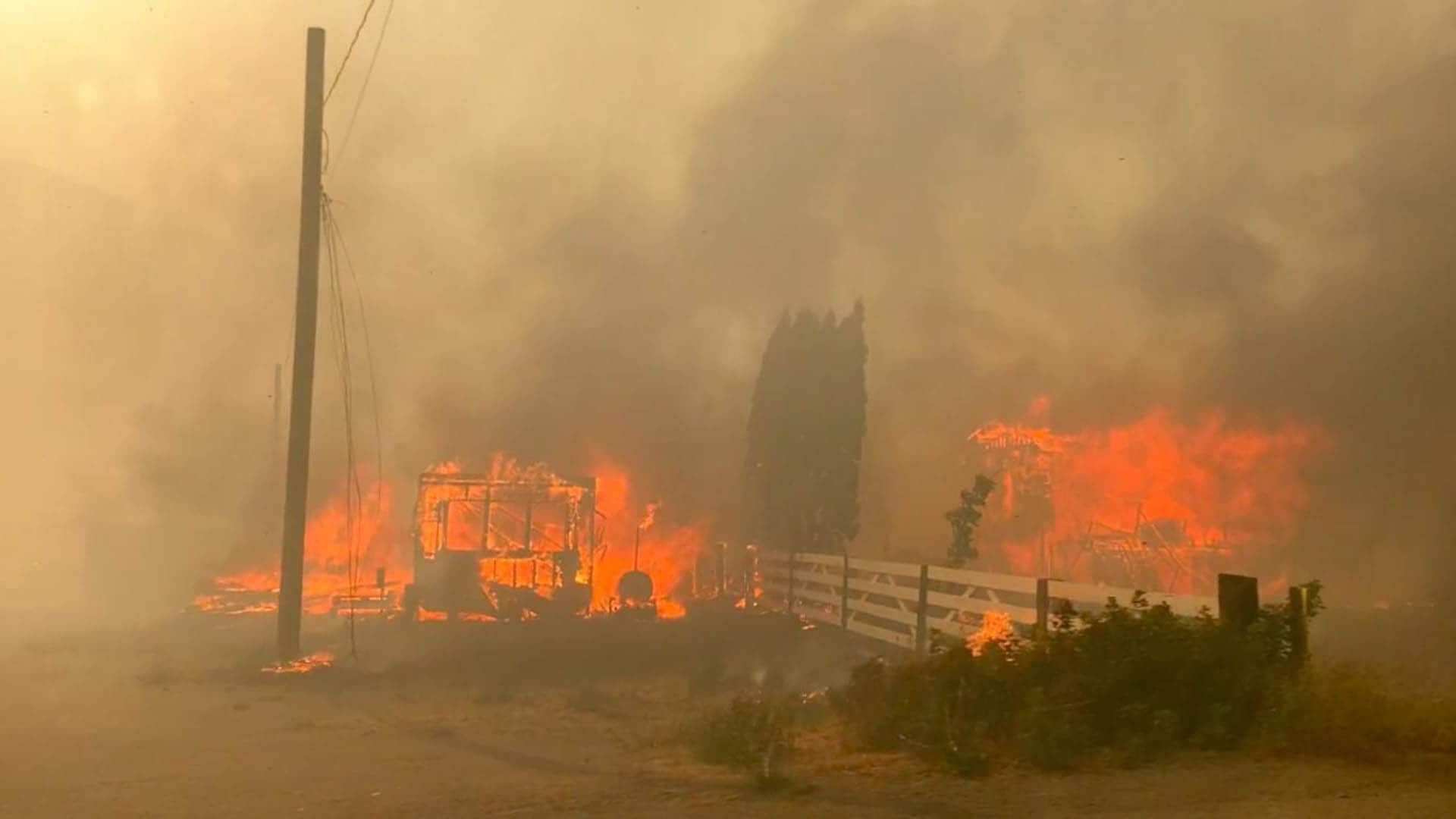 A wake up call on climate change

Last week was a remarkable week, a watershed moment in the Canadian—and global—climate crisis. The temperature anomalies that British Columbians experienced in those four days were greater than any anomalies ever witnessed by humans since temperatures have been recorded.
more »
Share Share 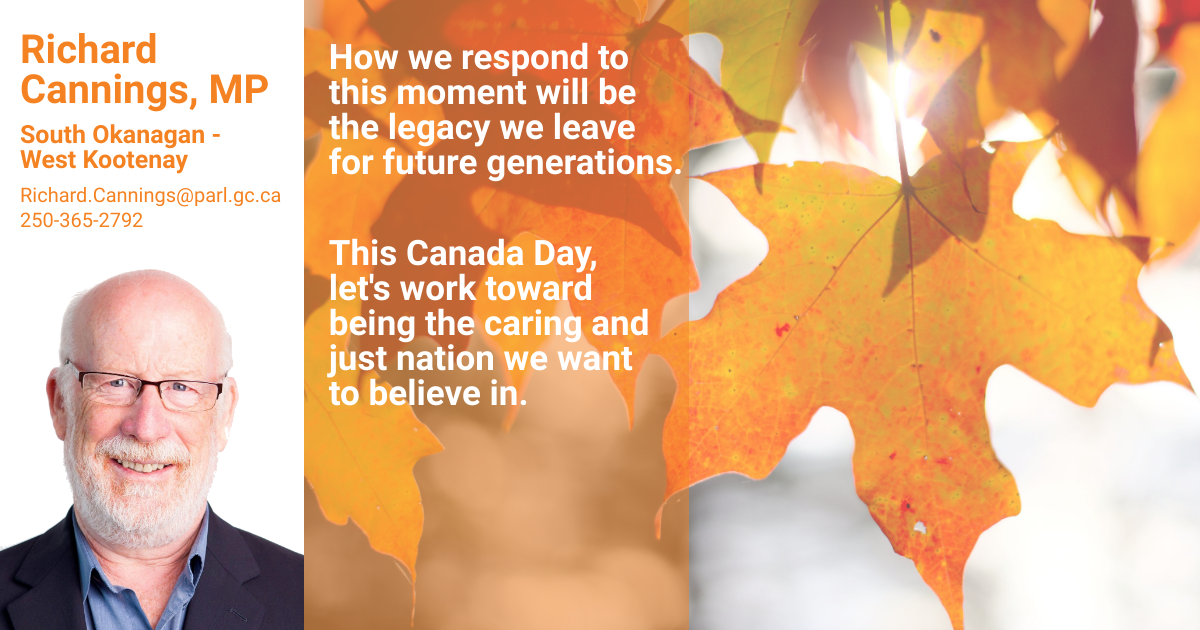 On Saturday I took part in the send-off ceremonies in Penticton for the Syilx Caravan for the Children that went to Kamloops to grieve for the 215 children who were found in unmarked graves on the grounds of the former Kamloops Indian Residential School in the Tk’emlúps te Secwépemc First Nation.
more »
Share Share
END_OF_DOCUMENT_TOKEN_TO_BE_REPLACED